Exploring asylum seekers’ sense of belonging through walk-alongs in Heidelberg

“Where are you from?”
“Here, I am Afghan. In Afghanistan, I am Pashto.
But actually, I am just a citizen of this earth.”

A young man is sitting in front of the University building in Heidelberg’s historic city center, blinking his eyes against the bright sunlight. Dark hair, marine blue sneakers, Sulaiman is radiating happiness. You would not assume he is one of 59.5 million forcibly displaced persons worldwide. According to the latest report by the UN Refugee Agency, war and conflict forced more people than ever before to flee their homes in 2014 (UNHCR 2015). The “escalating refugee crisis” has been top news in German media during the summer months 2015. It is now time for an in-depth reflection on asylum seekers’ sense of belonging to Germany, where many cities seem divided between hospitality and hostility. You will follow Sulaiman (27) from Kabul on his way to make Heidelberg a home. Different anthropological and geographical research methods allow the interviewee to develop his own narrative. During the 16 months that I worked with asylum seekers from Pakistan and Afghanistan for the local NGO, Asylarbeitskreis Heidelberg, I respected Catherine Brun’s maxim: “In discussions on the meaning of space and place in refugee studies, a main aim should be to maintain a social dimension, and let the refugee experience inform our theoretical categories” (Brun 2001: 17).

On top of the traditional semi-structured interviews and participant observation, I conducted photo interviews and walk-alongs following the call for qualitative interdisciplinary research on questions of migration, identity and belonging (Brun 2001; Mallett 2004; Gilmartin 2008). When I accompanied my informants into their familiar environments during a walk-along, I explored their experiences and practices more actively than during a normal interview. Walk-alongs are especially suitable for research on social architecture, biographies, environmental perception, social realms and spatial practices (Kusenbach 2003). This experimental approach also allowed me to gain the trust of my interviewees in a comparatively short amount of time: The initial research was completed within one semester for the seminar “Transcultural Placemaking: Urban Spaces, Migration and Belonging”. I chose not to record the conversations we had during our walks because of the sensitivity of personal data, but I did keep a detailed field diary. The first tours with the research question “Which are your favorite places in Heidelberg?” served as a perfect starting point for getting to know each other, because the interviewees were interested in my “Heidelberg hotspots” as well. On a warm summer night 2014, we were most likely sitting together at an “Iftar” dinner during the fasting month of Ramadan, or watching a match of the Soccer World Cup in 2014… 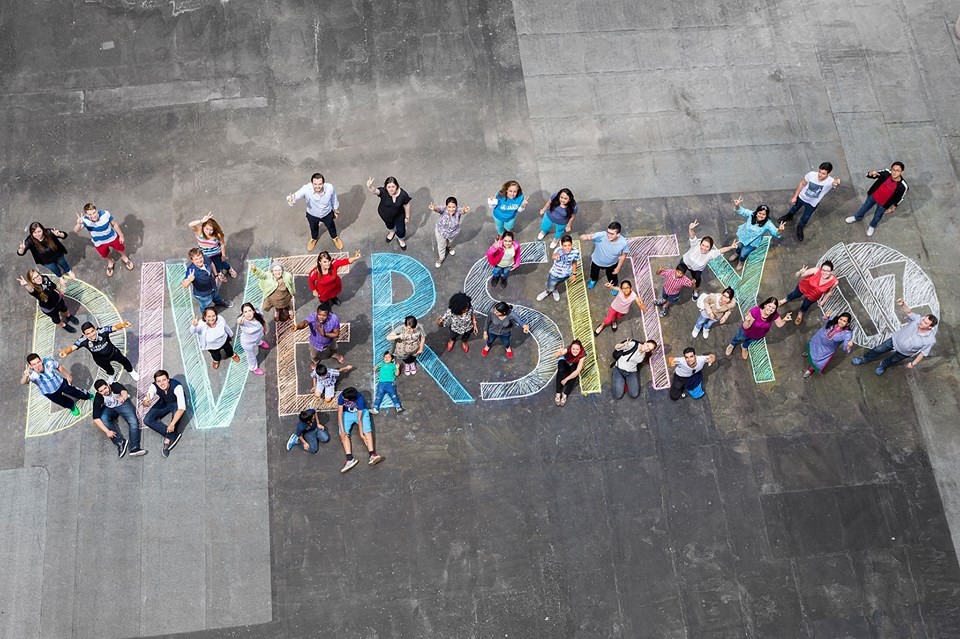 Putting into practice a photo interview, as described by Bettina Kolb, proved to be more challenging. I asked my informants to take pictures of what constituted “Home” for them. The advantages of an interview based on photography seemed convincing: informants get to select and emphasize aspects of their life, and it involves them to a greater degree in the whole research project (Kolb 2008). I had imagined my informants taking pictures of places and occasions that I had no access to. However, engaging in this whole process requires a lot more time, and the motivation to contribute was low. So I chose to analyze already existent pictures. Sulaiman, who left behind what he had called “home” for 23 years of his life, fleeing the pressure of the Taliban, showed me his Facebook photos during an “album-interview”. After a photo-shooting on the occasion of “Diversity Day” in Heidelberg, he changed his profile picture. This turned out to be an important way of keeping in touch with friends in Afghanistan, as the comments in Dari and Farsi show. The following essay is based mostly on observations from walk-alongs, as this method proved more useful in exploring home-making practices.

Sulaiman’s story contradicts the essentialist assumption that everyone has a ‘natural place’ of belonging. Instead, it illustrates that the prevalent “understanding of nation states as homogenous entities with homogenous cultures” (Brun 2001: 17) needs to be replaced by a framework for transcultural place-making: Territorial uprootedness does not always lead to a loss of power and identity. Issues of belonging and identity are much entangled, as the simple question “Where are you from?” shows. It refers to both place and identity. During one of our first meetings in Heidelberg, Sulaiman answered: “Here, I am Afghan. In Afghanistan, I am Pashto. But actually, I am just a citizen of this earth.” As not many people in Germany are familiar with the geography of Afghanistan, he usually takes the simplest version: “I am Afghan.”. The construct of an Afghan nation-state does not reflect his feelings towards a home country, however. He feels far more connected to the ethnic group of Pashtuns which reveals a great deal about the importance of place in forming an identity. At the same time, he sees himself as a global citizen, being able to adopt different identities and homes.

Geographer Mary Gilmartins draws attention to important aspects of migration studies, such as “the relationship between richer and poorer parts of the world, the power of elites and the romanticization of hybridity and mobility” (Gilmartin 2008: 1838). It is on the level of the nation-state that flows of migration are being managed, enforcing borders despite the individual feeling of belonging to an imagined global community. Therefore, this case study is based on the twofold statement that “being grounded is not necessarily about being fixed; being mobile is not necessarily about being detached.” (Ahmed et al. 2003:1)

Case study: Home-making in a place you have not chosen yourself

When I see Sulaiman sitting at Universitätsplatz in Heidelberg, I almost forget that he is not a fellow student. By now, he speaks German fluently and wants to pursue his studies in Medical Informatics. But to get admitted to University, he still needs to pass a language diploma. This obstacle left him working in unqualified mini-jobs ever since he got granted asylum, learning German and volunteering for the Asylarbeitskreis Heidelberg in his spare time. Indeed, Sulaiman has adopted the role of the (unofficial) translator for any issue Afghan or Pakistani asylum seekers may have in Heidelberg. It is important to note, for once, that the German hospitality which is displayed manifold in newspaper reports, with portraits of volunteers and new cooking and gardening projects, only works through intermediaries like Sulaiman who spread the word within the refugee communities. This unrecognized work by refugees who have arrived earlier forms an invaluable ground for other asylum seekers’ home-making and their involvement in the host society.

Sulaiman lives in a collective social housing unit in Heidelberg Pfaffengrund, finding a private room has been a struggle for over 12 months. Formerly, local neighborhoods were the anchor of people’s social relations, but “strong neighborhood-based social networks are recognized to be disappearing in industrialized countries” (Spicer 2008: 492). This observation does not hold true for asylum seekers in Germany, since the main type of accommodation is collective. The 27 year-old spends most evenings with the neighboring asylum seekers, because their facilities are situated in a remote industrial area. I met most of his friends in these common kitchens, but Sulaiman never invited me to his own room. He seemed to feel at home in the company of his friends, and not so much in the room assigned to him by the authorities.

The fact that he does not have German neighbors is a constraint to Sulaiman’s integration even though he has built up a high level of language skills in German over the past three years. His social relationships are limited to (mostly Afghan) asylum seekers who appreciate his readiness to help in bureaucratic issues or other tasks that require the knowledge of German. Neil Spicer found that “individuals’ social networks are highly significant in promoting their sense of belonging within particular places, as are feelings of security, freedom, opportunity and empowerment” (Spicer 2008: 492).

June 24th, 2014: a sunny summer day, perfect to walk and talk along the Neckar River. Sulaiman speaks about his repeated attempts at achieving the highest German level C.2. He has failed already three times; and with every consecutive attempt, the financial pressure increases. Despite these throwbacks, he has made himself at home in Heidelberg. “I just have to be patient, with God’s help I will succeed one day.” Sulaiman does not consider his faith to Islam as a distinctive characteristic: “We all pray to the same God, I just call him Allah!” When we hit a row of colored crown caps on the street, he points at the German flag: “I am supporting Germany in the Soccer WorldCup, of course”, he says with only a slight accent and quite some pride; the team is doing well this year.

Following Sulaiman through the city of Heidelberg highlighted his ways of connecting to a new place: We never walked for longer than five minutes without meeting one of his friends on the street. A short “As-Salaam-Alaikum” – “Wie geht’s, how are you?”, updates in Dari, Farsi, Pashto or German, and he continued his walk to the Jugendamt, the Youth Welfare Office, where he works as a translator from time to time. Even though he owns a bicycle – the main means of transportation for many people in town – Sulaiman prefers to walk. It is this slow mode of movement that builds up his social relationships in Germany.

At the same time, Sulaiman is in contact with his family every day. This strong connection to his home-country Afghanistan highlights the complexity in his feelings of belonging. On our way through Heidelberg in autumn 2014, he quietly recites a poem he has written himself. A surge of homesickness, translated into rhythmic Dari verses. About one year later, he will remember this moment as terrible pain, feeling guilty for having left the parents behind. “Now I would not write a poem like that anymore”, he says in September 2015. His latest Facebook post starkly contrasts with the sadness of the poem, displaying him on a conference panel where he was invited to speak about his experiences as a refugee in Germany. These moments give him confidence in his future career and life in Germany. Many admiring comments from abroad uplift his mind.

Even though transnational movements of ideas, objects and people are ever increasing, this paper has questioned that we are living in an age of “rootless mobility” (Ahmed et al. 2003: 3), for being mobile remains a privilege. For Sulaiman, the only formula on the long road towards getting accepted in his new environment is never losing heart, because: “Making home is about creating pasts and futures through inhabiting the grounds of the present” (Ahmed et al. 2003: 9).

The Sound of Home

Brun, Cathrine (2001): Reterritorilizing the Relationship between People and Place in Refugee Studies. In: Geografiska Annaler, Series B: Human Geography 83 (1), p. 15–25.

Spicer, Neil (2008): Places of Exclusion and Inclusion: Asylum-Seeker and Refugee Experiences of Neighbourhoods in the UK. In: Journal of Ethnic and Migration Studies 34 (3), p. 491–510.

View all posts by timostertag